Skip to content
Home » Blog » Why visit India in the summer 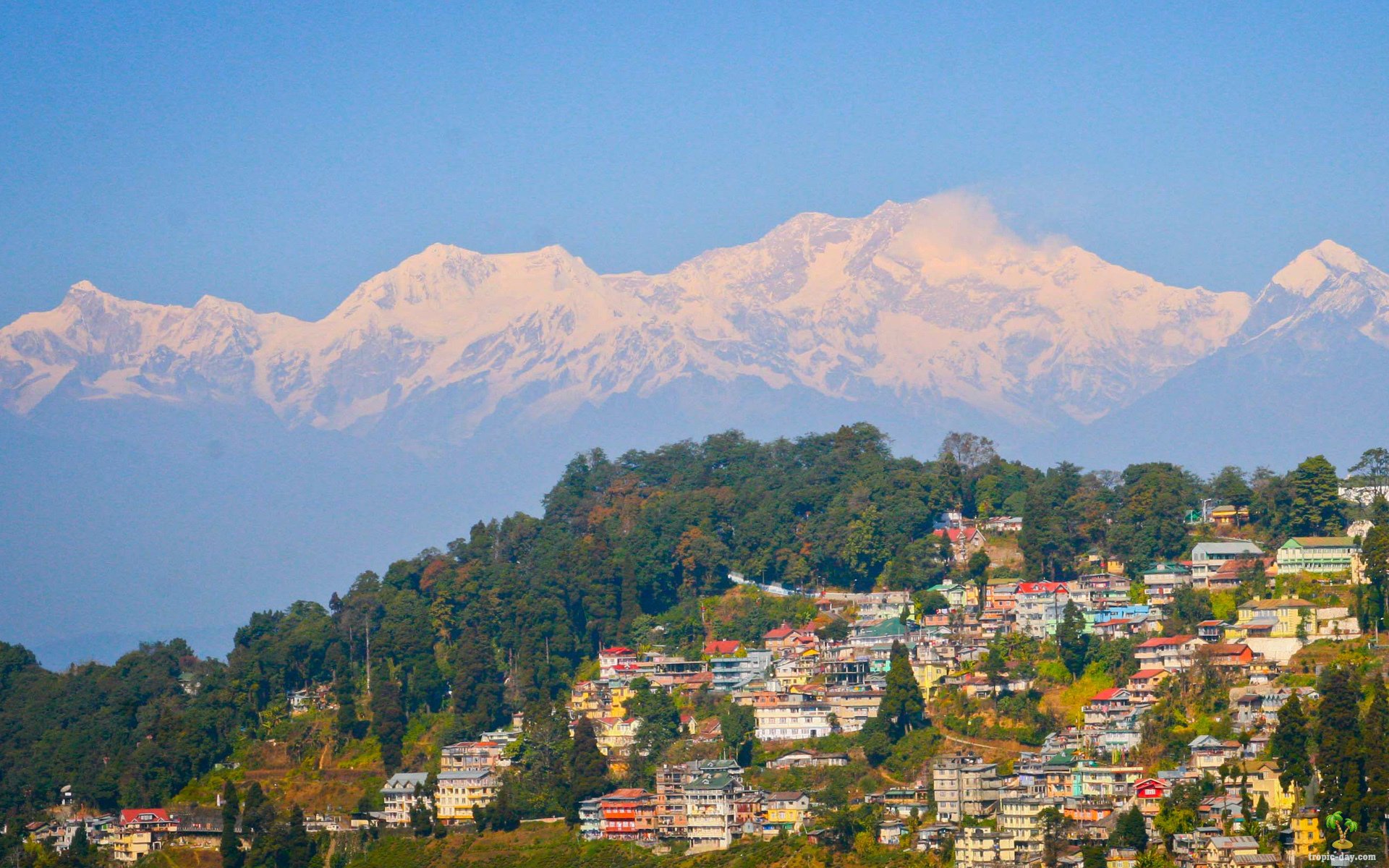 While the bulk of international visitors arrive in India during the winter, others like the heat! Travelers from Europe, those who enjoy the monsoon season, and those who want to swim against the current all enjoy visiting India during the summer. There are many benefits to travelling to India in the summer, including the abundance of festivals, breathtaking Himalayan locations that are only accessible in the summer, less crowding at popular tourist destinations, more affordable airfare, and reduced rates at many hotels and resorts. The following list of activities is exclusive to the summer in India: 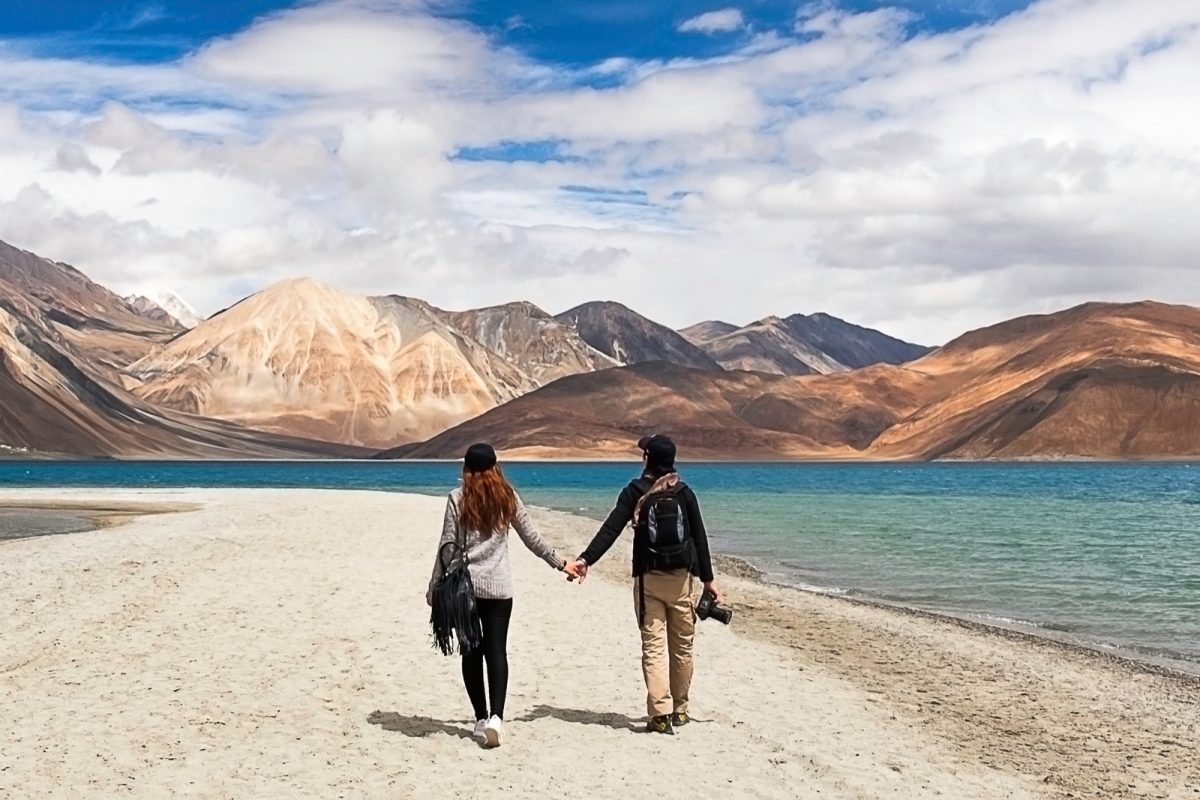 The Ladakh area of India’s far-flung north is a chilly, desolate, and ominous mountain kingdom in the winter. But in the summer, flowers blossom, drawing travellers back to see the traditional Central Asian, Tibetan, and Indian civilizations as well as the moonlike vistas. For some of the greatest hikes in India, hikers swarm to Leh, the region’s capital. Even those with less strenuous physical objectives will appreciate the experience of ascending to Namgyal Tsemo Gompa, Leh’s palace and royal monastery, to observe the Himalayan sunrise. However, the season is brief, and by mid-September, the entire season is over.

Relax at a hill station

The colonial kings and queens sought refuge in hill stations under the British Raj to avoid the scorching heat of the plains. The “Queen of Hill Stations” was Shimla, located in the contemporary state of Himachal Pradesh. A whole one-fifth of mankind was under British dominion, and it all began in this tiny mountaintop village. The laid-back holiday atmosphere, Raj-era structures like the baronial Viceregal Lodge, and breathtaking Himalayan views from The Mall, a ridge-top pedestrian-only street that was long off-limits to Indians, are all enjoyed by tourists visiting Shimla today. Don’t miss high tea at the magnificent Oberoi Cecil Hotel, which dates back a century. In the Himalayas, Shimla offers a sense of “ye olde England.”\

Sing in the rain

In India, the monsoon season is a highly unique time of year. The summer showers are a sign of fecundity, vigour, and exuberant abandon in addition to providing much-needed reprieve from the early summer’s oppressive heat. Bollywood movie viewers are aware that when the hero and heroine are soaked by rain, it’s an allusion to their forbidden on-screen romance. Every year, on June 1, the southwest monsoon is predicted to arrive in the southern state of Kerala. Over the following few months, it will then move north over the subcontinent, bringing joy to farmers, kids, lovers, and just about everyone else. Tourists take pleasure in the monsoon’s verdant freshness, soothing downpours, and tranquillizing energy. 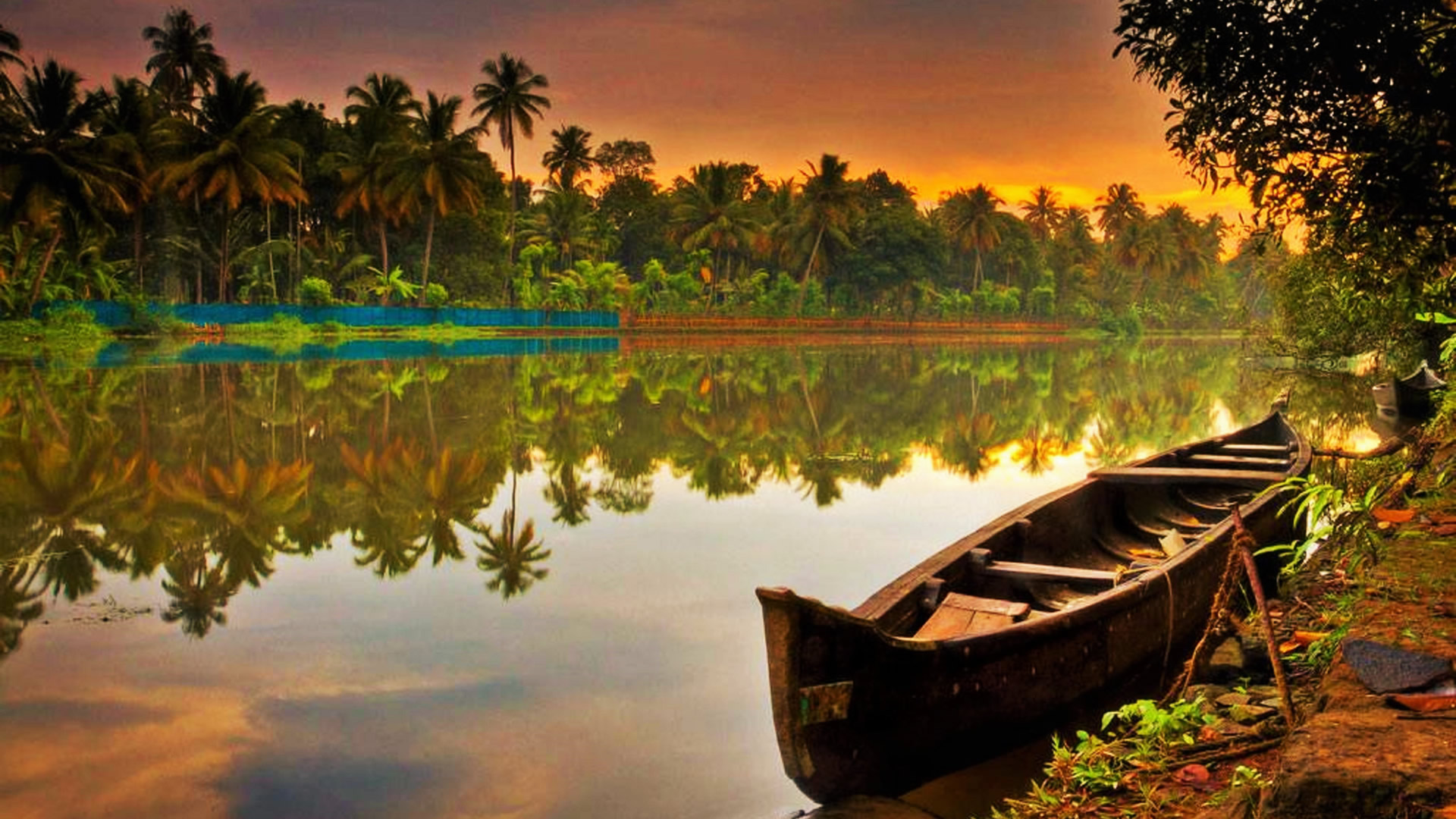 The greatest period for Ayurvedic therapy in India is during the summer monsoon season. The ancient Indian medical system known as ayurveda, which translates to “science of life,” aims to restore health via the use of nutrition, herbs, lifestyle recommendations, cleaning treatments, and, most importantly, blissful oil massages. The body is more responsive to the medicinal oils because to the laziness’s opening of the pores. The ideal location for Ayurvedic medicine in India is Kerala, a tropical paradise on the Arabian Sea. White sand beaches and palm tree woods are bordered by a variety of ayurvedic resorts, offering both a peaceful holiday and genuine therapies.

The Ganges River, sometimes referred to as Ganga Mata in India, is the nation’s lifeblood and most revered river. One in ten people on the planet rely on its resources to survive. Finding its source – or sources – is a significant pilgrimage activity every summer once the snows melt and the roads and towns become accessible because it flows out of the high Himalayas in northern India (April to November). The pilgrimage is known as Char Dham, which translates to “four holy spots,” and you can visit all four on bus excursions from Rishikesh in Uttaranchal state: Badrinath, Kedarnath, Yamunotri, and Gangotri.

At the conclusion of the summer, Maharashtra State hosts one of its largest celebrations. Ganesh Chaturthi is a holiday celebrated all throughout India, but no one celebrates it quite like Mumbai. Mumbai residents celebrate for ten days by participating in cultural and social events, partaking in sweets, and worshipping the well-known elephant-headed deity. An gigantic clay statue of Ganesh is carried through Mumbai’s streets on his birthday, the 11th day, before being submerged in the Arabian Sea. Thousands of revellers dance and sing in the streets as the main parade makes its way to Chowpatty Beach. The fun is open to everyone. 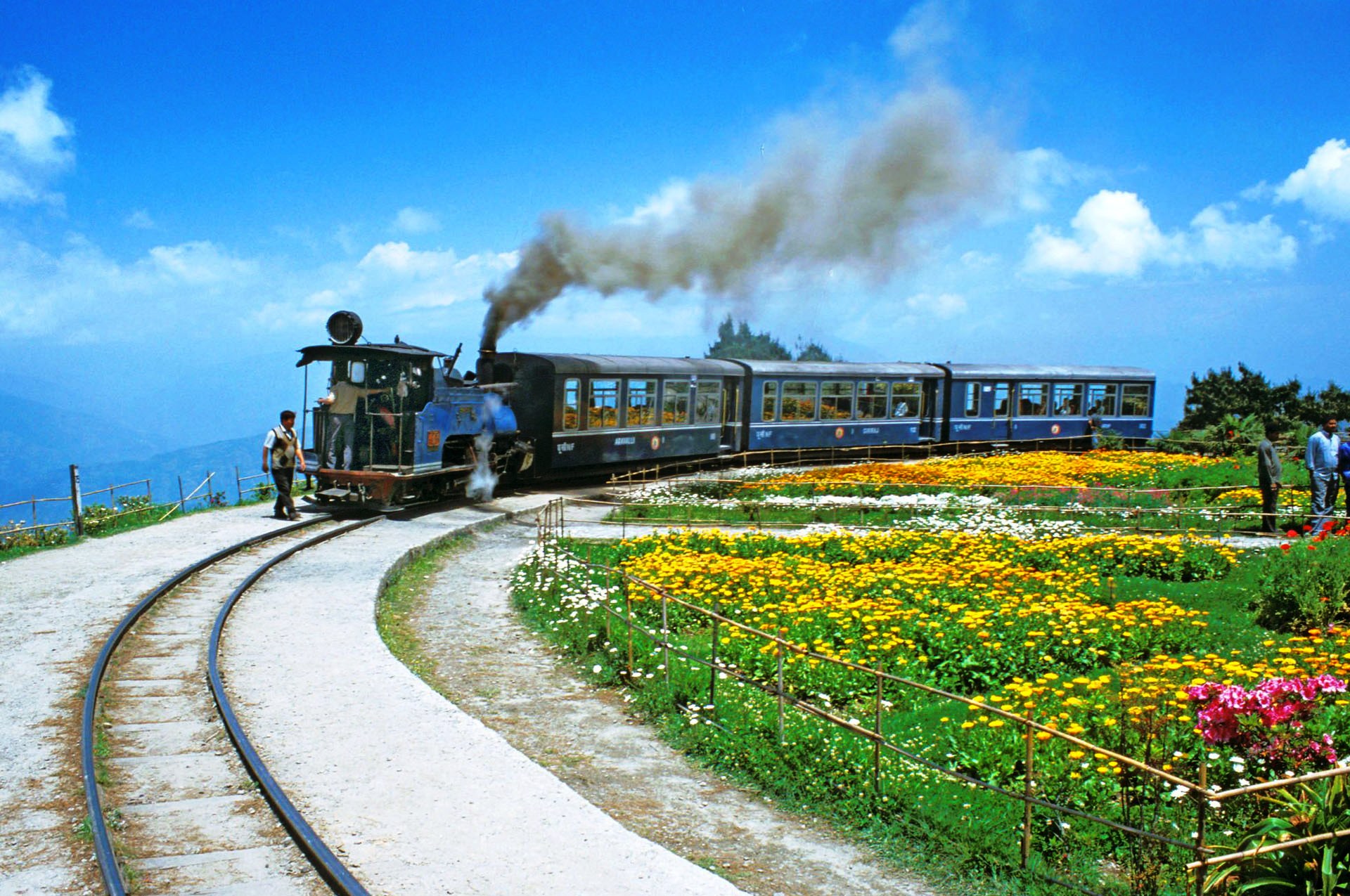 Savour a cup of tea in Darjeeling.

The world’s best tea is named after Darjeeling, a well-known hill station located on the northern border of West Bengal, high in the Himalayas. Darjeeling was THE British Calcutta’s summer resort in the nineteenth century (then the capital of colonial India). Darjeeling provides a respite from the heat of lower-lying areas even if it is battered by the summer monsoon. Visitors savour the festive Victorian ambiance, breathtaking views of some of the tallest mountains in the world, excursions to nearby tea gardens, and Tibetan culture. By taking the achingly slow Toy Train from Siliguri, you may experience Darjeeling’s enduring allure.

Run after the chariots

Every year, millions of visitors and devotees flock to Puri, Orissa for the mid-summer Chariot Festival when they participate in a massive parade that is pushed by three giant, glittering wood chariots. The name “juggernaut” was created when 19th century British observers witnessed individuals, insane with devotion, fling themselves under the enormous wheels of the Lord Jagannath’s chariot, which is one of the largest festivities in India. This spectacle is unmatched in its splendour and majesty.

The Onam Festival, which takes place in late August, honours the rich cultural legacy of the tropical southern state during a lovely time of year when everything appears new and dazzling. Kerala puts up a flashy exhibition of competitions and sports, traditional arts, theatre, and classical music during the course of the 10-day festival. Additionally, there is a Grand Feast and shopping in the several festival bazaars that pop up. The Nehru Trophy Snake Boar Race, the largest snake boat race in the world, is the highlight. This hugely well-attended festival draws visitors from all over the world and is timed to run concurrently with Kerala Tourist Week.